FROM SEED TO SHOP...AND THE BEGINNING...

We decided to delve deeper into the cotton story as a way of understanding more fully its global impact. It’s a fascinating story, thousands of years old, which links a humble shrub - of the Gossypium family with global changes across the millennia. Across the ages and across continents, it’s a story of power and privilege, poverty and pain, which interweaves  the lives of ordinary people in every corner of the planet in a fabric of need, money...and fashion.

Before we even get to the seeds, there’s the history of this now ubiquitous, but previously rare and valuable fabric...

Noone knows the names of the people who figured out how to turn the cellulose plant fibres we now call cotton, bursting out of their protective bolls (capsules) into a woven material. But these Einsteins of former times came up with the concept across the globe. 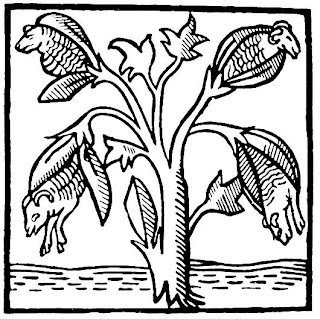 Cotton fibres preserved in copper beads 7,000 years old were discovered by archaeologists in parts of what is now eastern Pakistan and northwest India. From south America to China and Iran (Persia), these threads of plant fibre were spun into cloth. The ancient Greeks and Arabs told tales of trees on which wool grows...in Indica, modern-day India.

For around two millennia, India remained the main producer  of this ‘king of crops’ or ‘white gold’. It was written about in sacred texts, and India had a flourishing trade in cotton textiles with Greece, Egypt, Persia (Iran) and the Roman Empire.

For centuries, cotton spinning and weaving remained the almost exclusive preserve of Indian craftspeople, and  the fine muslins and calico cloths they produced clothed everyone from royalty to peasants.

The entire process of manufacturing the cotton cloth was a cottage industry, carried out at the weaver’s home. Cotton was bought directly from farmers. The weaver and his family would ‘gin’ the cotton to separate the fibre from the seeds; ‘card’ it, to make it fluffy, then spin it into thread or yarn on their spinning wheels. The yarn was woven into a cloth on a handloom the dyed with plant or vegetable dyes.

When the cloth was finished, the weaver would sell it to the merchant, who came to the village, or take it to the village market. Farmers and weavers lived in a symbiotic relationship of growing and transforming gossypium into cotton cloth.
http://karnatakaeducation.org.in/sites/rmsa.karnatakaeducation.org.in/files/documents/Eklavya/SocialStudies_VII/Civics/06_History_of_Textile_Industry_in_India.pdf

Sometime in the late medieval period (1400s) cotton became known as an imported fibre in northern Europe. People knew only that it came from plants, imagining trees of sheep. One writer, in 1350, confidently explained: "There grew there [India] a wonderful tree which bore tiny lambs on the endes of its branches. These branches were so pliable that they bent down to allow the lambs to feed when they are hungrie [sic]."

The German word for cotton Baumwolle, which translates as tree wool, alludes to the ‘sheep trees’ concept. Around about this time the English word cotton (derived from the Arabic (al) qutn) began to be used.

By the end of the sixteenth century, cotton was being cultivated throughout the warmer regions of Asia and the americas. http://en.wikipedia.org/wiki/Cotton

What happened through the centuries to the cloth which started life as white fluffy fibres is a story less fluffy. It’s story of slavery, violence and coercion, which mirrors the issues around cotton production today.  This story across continents of the destruction of ancient, sustainable ways of life, and the industrialisation of production is as bloodstained and tragic as the farmer suicides taking place in India today.

By understanding the history of cotton, and the production process, we can see how the vested interests of a few powerful and ruthless players impact on the daily life and wellbeing of hundreds of millions of producers and consumers. From Seed to Shop will show the truth about cotton...a truth stained in the sweat and blood of innocent people, in which greed and ignorance combine to destroy lives and the environment...and how now, increasing numbers of visionary companies and consumers are saying ‘no’ to exploitation and destruction, and ‘yes’ to organic cotton.
Posted by pamind at 14:49